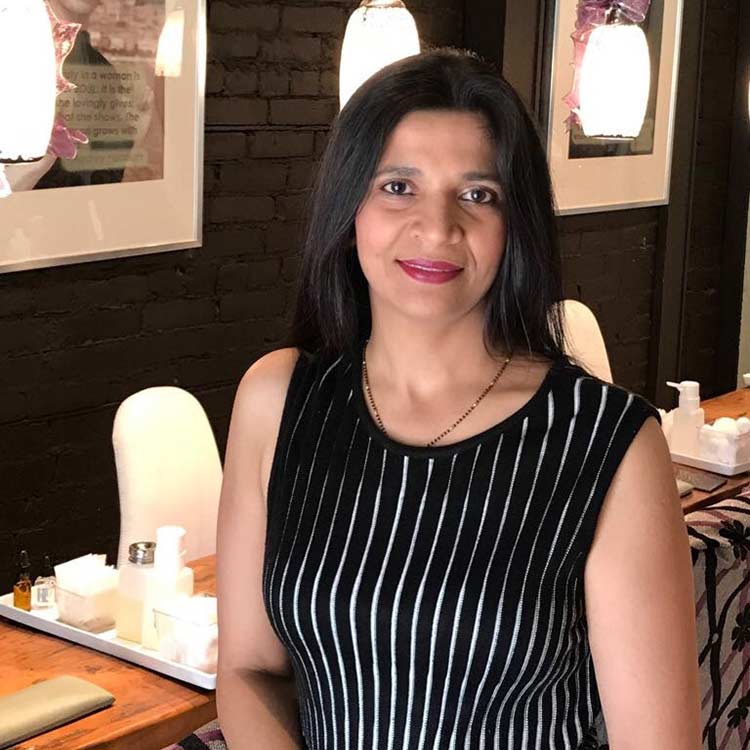 I'm originally from India and I came to Canada in 2005, after I got married. I earned Bachelor of commerce in India, as well as s degree in Fashion Designing.

I did my Esthetics Diploma from Marca College, in 2009, and have been practicing upon graduation.

I've been working at Alma since March 2012. In 2011, I was working at Yonge/Lawrence and one day I was doing massage and I felt a bit tired. After administering the massage, I continued to do a Pedicure, and upon opening an OPI nail polish bottle, I became nauseous. I soon found out I was Pregnant. I had no choice but to continue working at the same location till 8 Months gestation, and I continued to think its not good for me and my baby to work in a Toxic environment. During my mat leave I was looking for Natural Work Place in Toronto; then came up Alma Natural Spa. When I came to Alma for my interview, I was in awe of how there were no strong fumes, as well zero use of Acetone.

Katie and Laurie did my interview and I got this opportunity to work at Alma. I was very lucky to find this place, and to work in a Natural and Non- Toxic environment. After 5 years, Katie decided to sell the establishment and she offered me and my husband takeover of ownership in October 2016. From the 1st November, 2016, I have proudly owned this place - ALMA." 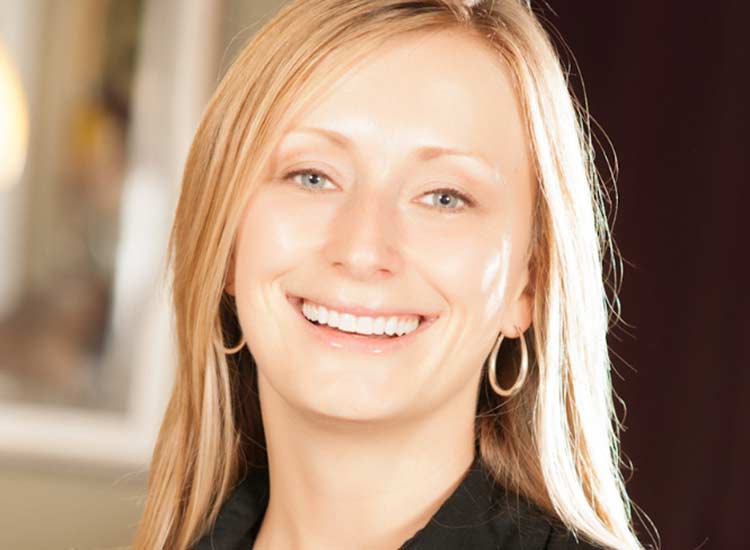 Katy is in manufacturing & operations in the pharmaceutical & beauty industries. She created Alma in 2011 after relocating here from the States. Her passion is challenging people to consider to new ideas & encouraging them to explore what speaks to them to bring happiness, health, abundance into every aspect of their lives.

She was passionate about creating a space where: (1) people don’t have to worry about whether or not the products being used or breathed are safe (2) quality services & perfect hygiene are almost taken for granted since they’re the core of what we do (3) busy people can get the R&R they need without spending hours at the spa (4) you can have a great conversation or relax on your own (5)it is unpretentious and people feel comfortable (6) we have a positive impact on everyone who walks in the door (7) it feels more like a community of awesome people than a stuffy spa (8)people want to keep coming back! 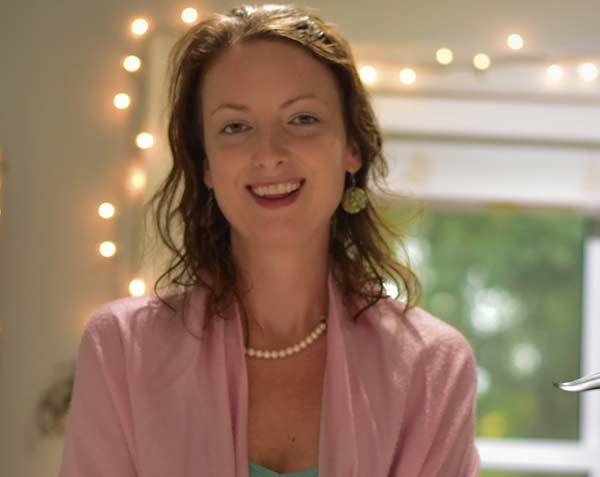 Katie serves from her heart & truly cares about you & your well-being. Her Reiki & Chakra Balancing Sessions starts with a short guided meditation to ground into the space. You can safely express any intentions, concerns or questions about your health/energy.

Connect with Katie to feel supported & motivated as you nourish & balance your mind, body & soul.